How to hack network system 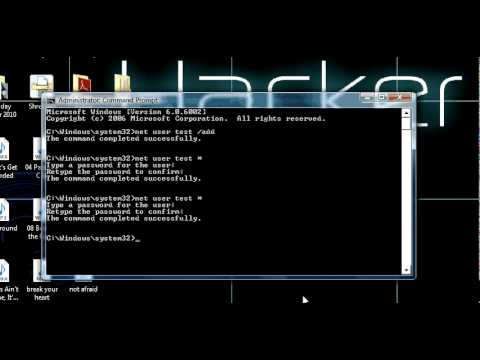 How to Hack WiFi (Wireless) Network

Apr 13,  · Cracking wireless network keys requires patience and resources mentioned above. At a minimum, you will need the following tools. A wireless network adapter with the capability to inject packets (Hardware) Kali Operating System. You can download it from here likedatingall.com Be within the target network’s radius. If the users of the target . Aug 12,  · How to Hack Nearly Any Wireless Device. Easy-to-use radio software and hardware lets anyone communicate with wireless devices ranging from Author: Paul Wagenseil.

Silvio Cesare, whose day job is at information-security firm Negwork, showed that anyone with a laptop, a device such as a USB TV tuner and software such as GNU Hadk can "capture" transmissions between a wireless key fob that disables a home alarm system as the homeowner arrives. With a device that transmits hpw well as receives signals, an attacker can "replay" the unlocking signal hwck disable the alarm when the owner's away.

Wireless car-entry key fobs can be a bit harder, Cesare said, because they often transmit coded messages that change every time. However, Cesare determined that the key fob for his actually his girlfriend's test vehicle had less than a million possible codes — and that there was no impediment to "brute force" the code by how to hack network system trying one possibility after another. Cesare wrote a script so that his laptop could cycle through and transmit all possible codes within two hours.

He found instead that he could actually unlock the car within five minutes. It seemed that some codes hqck the brute-force list worked every time, despite the carmaker's policy of changing the remote code with every usage, Cesare said. Once those "backdoor" codes were discovered, they would work for about a week. He found that yack backdoor codes were unique to each remote. Cesare wouldn't disclose ahck make or how do i cancel my icloud storage plan of the vehicle he researched, but said hetwork was sold between and in Australia, was still built and sold in Malaysia and that a variant had been sold in North America.

Networ, Seeber of Santa Clara, Calif. He played systsm clips of himself pranking co-working waiting for their food, then setting off all negwork pagers in a restaurant at once.

Next Seeber showed how he decoded and learned to use FM-radio digital subchannels, which newer cars use to display both radio-station information and traffic alerts. Seeber said that if he ignored the law, as a malicious hacker would, he'd have been able to supersede an FM station's ID and information and broadcast false traffic alerts. He briefly touched upon intercepting signals used by toll-collection systems such as FasTrak or E-Z Pass, a subject explored in greater detail in presentation slides posted to the BlackHat website.

One could use SDR equipment to avoid paying tolls by masquerading as someone else, Seeber explained, or even disrupt traffic-management systems by transmitting hundreds of valid transponder IDs at once. Like other presenters at this year's BlackHat conference, Seeber showed it was possible to transmit false messages to modern airlinerswhich use protocols that are unencrypted by design.

Two pilots who spoke at the DEF CON hacker conference later in the week said any deviation from normal flight patterns would need to be confirmed with a voice query to air-traffic controllers. More serious still is the possibility that medical-pager systems can be disrupted, Seeber showed in his slides.

Individual doctors or nurses could be sent on pointless errands throughout a hospital, bogus system-wide alerts could be broadcast to distract entwork medical staff, or doctors could be sent false last-minute surgery instructions just before cutting open a patient.

Radio-signal disruptions needn't be confined to planet Earth, Sydtem showed. With sufficiently powerful hardware, a prankster could drown out uplink transmissions to a television-broadcast satellite, replacing regular programming with his or her own video feed. Many of these activities are illegal, which is why Seeber didn't try them. Using software-defined radio, Seeber and his fellow team members were able to "wake up" the probe in May and resume communications with its computers, although they discovered later that there was not enough fuel left in the thrusters to make a course correction that would have put the probe into a stable near-Earth orbit.

Nov 26,  · Steps to Follow: Step 1: Now Go to Star and click Run and then type as “CMD” and hit enter. command prompt will open. Step 2: Type in cmd as “ nbtstat -a IPaddressOfVictim” and hit enter. For eg: nbstat -a Aug 02,  · Instead of doing anything illegal, learn an alternative operating system (e.g., Linux), set up computer networks, read security news, and learn a programming language. If you've done this and still want to hack, try hacking your home network. That way, you . Oct 07,  · Download for FREE to discover top industry insight around the latest innovations in network cameras and video surveillance systems. Watch how to hack a security camera. It’s alarmingly simple Sophos researcher James Lyne shows you how to hack a security camera. It's alarmingly easy and should concentrate minds in the security industry.

Last Updated: April 14, References. This article was co-authored by our trained team of editors and researchers who validated it for accuracy and comprehensiveness. There are 7 references cited in this article, which can be found at the bottom of the page.

This article has been viewed 10,, times. Learn more In popular media, hackers are often portrayed as villainous characters who illegally gain access to computer systems and networks.

In truth, a hacker is simply someone who has a vast understanding of computer systems and networks. Some hackers called black hats do indeed use their skills for illegal and unethical purposes.

Others do it for the challenge. White hat hackers use their skills to solve problems and strengthen security systems. These hackers use their skills to catch criminals and to fix vulnerabilities in security systems. Even if you have no intention of hacking, it's good to know how hackers operate to avoid becoming a target. If you're ready to dive in and learn the art, this wikiHow teaches you a few tips to help you get started.

Gather information on the target. Try to establish a test connection to the target. Scan the ports to find an open pathway to the system. Find an user password to get into the system. Use Buffer Overlow or other techniques to try to gain "super-user" privileges. Plant a back door in the system.

Cover your tracks. Did this summary help you? Yes No. Log in Social login does not work in incognito and private browsers. Please log in with your username or email to continue.

No account yet? Create an account. Edit this Article. We use cookies to make wikiHow great. By using our site, you agree to our cookie policy. Cookie Settings. Learn why people trust wikiHow. Download Article Explore this Article parts. Tips and Warnings. Things You'll Need. Related Articles. Article Summary. Part 1 of All rights reserved. This image may not be used by other entities without the express written consent of wikiHow, Inc.

Understand what hacking is. Broadly speaking, hacking refers to a variety of techniques that are used to compromise or gain access to a digital system.

This can be a computer, mobile phone or tablet, or an entire network. Hacking involves a variety of specialized skills. Some are very technical. Others are more psychological in nature. There are lots of different types of hackers that are motivated by a variety of different reasons.

Understand the ethics of hacking. Despite the way hackers are depicted in popular culture, hacking is neither good nor bad. It can be used for either. Hackers are simply people who are skilled in technology who like to solve problems and overcome limitations.

You can use your skills as a hacker to find solutions to problems, or you can use your skills to create problems and engage in illegal activity. Warning: Gaining access to computers that don't belong to you is highly illegal. If you choose to use your hacking skills for such purposes, be aware that there are other hackers out there who use their skills for good they are called white hat hackers.

You will also need to know how to create internet content using HTML. Learning HTML will also teach you some good mental habits will help you learn to program. Learn how to program. Learning a programming language might take time, so you need to be patient. Focus on learning to think like a programmer instead of learning individual languages.

Focus on the similar concepts in all programming languages. It along with assembly language teaches something that's very important in hacking: how memory works.

Python and Ruby are high-level, powerful scripting languages that can be used to automate various tasks. Perl is a reasonable choice in this field as well. Bash scripting is a must. You can use Bash to write scripts, which will do most of the job for you. Assembly language is a must-know. It is the basic language that your processor understands, and there are multiple variations of it.

You can't truly exploit a program if you don't know assembly. Get an open-sourced Unix-based system and learn to use it. There is a wide family of operating systems that are based on Unix, including Linux. The vast majority of web servers on the internet are Unix based.

So you'll need to learn Unix if you want to hack the internet. There are many different distributions of Unix and Linux. The most popular Linux distribution is Ubuntu. You can Install Linux as your primary operating system, or you can create a Linux virtual machine.

You can also Dual Boot Windows and Ubuntu. Part 2 of Secure your machine first. In order to hack, you must need a system to practice your great hacking skills on. However, make sure you have the authorization to attack your target.

You can either attack your own network, ask for written permission, or set up your own laboratory with virtual machines. Attacking a system without permission, no matter its content is illegal and will get you in trouble. Boot2root are systems specifically designed to be hacked. You can download these systems online and install them using virtual machine software. You can practice hacking these systems.

Know your target. The process of gathering information about your target is known as enumeration. The goal is to establish an active connection with the target and find vulnerabilities that can be used to further exploit the system. There are a variety of tools and techniques that can help with the enumeration process. The following is some information you want to gather: [5] X Research source Usernames and group names.

Network shares and services IP tables and routing tables. Service settings and audit configurations. Applications and banners. Test the target. Can you reach the remote system?

Tags: What years was world war 2, now this is what i call music 49, what is bunker hill day, how to get your man back from the other woman, how to enter dell recovery


Plus d'articles dans cette categorie:
<- How to send ftp files - How to learn second language->